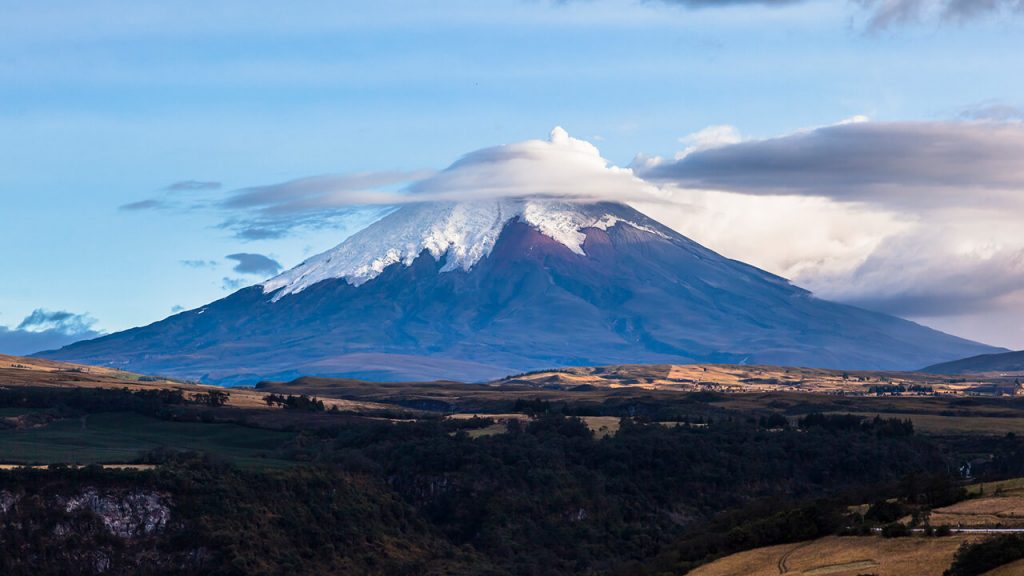 
14 days of mountai­neering in the Andes and a rafting trip in Ecuador´s Amazon Rainforest.

If you like adventure and constantly look for new challenges, this tour is for you. The route was designed for active people with an average physical condition. 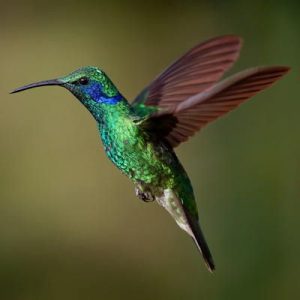 The main objective of this tour is to reach the top of the highest and most famous volcanoes in Ecuador, the Cotopaxi (5,897 m), and Chimborazo (6,276 m). To achieve this you will have a process of accli­ma­tiz­ation in other 3 volcanoes (Pazochoa, Corazón, and Illiniza Norte volcanoes). In addition, during this process, you will visit the city of Quito the capital of Ecuador. Afterward, the adventure continues in the Amazon Rainforest, where you will go on a rafting adventure trip on a river in the jungle, and also you will have the chance to get to know towns and the culture of the Amazon of Ecuador.

* inter­na­tional flights not included. Overnight stays in hotels in a double room (single room possible with extra charge). Small groups of 4 to 6 people

At the airport, our driver will pick you up and take you to the hotel.

After breakfast, trans­por­tation will be waiting for you at the hotel to take you to visit the historic center of Quito, which is the best preserved and largest histo­rical center in Latin America and has been named a World Heritage Site by UNESCO. You will visit beautiful churches that keep in your walls the history of the city of Quito and artistic sculp­tures. Churches like San Francisco church, and the Sagrado Corazón de Jesus church. In the colonial center of Quito, there is also a wide variety of monuments, and histo­rical sites such as El Panecillo, Plaza de la Indepen­dencia and beautiful buildings from the colonial era. After visiting the colonial center of Quito, you will head to the equator line that divides the earth into two hemis­pheres (Middle of the World Monument). Then, you will visit the Intiñan inter­active museum and experiment with the uniqueness of the place, such as: observe how the water flows to the right or to the left by the drain, or try to balance the egg with the head of a nail. Finally, I return to the hotel.

Early in the morning, you will have breakfast and then start the adventure to the National Park Pasochoa. The volcano is surrounded by lush forests and lands­capes of Páramo. The summit of Pasochoa is at 4,200 m. During the ascent and descent of the volcano, you can enjoy the natural beauty of the place. In the afternoon you will return to the hotel.

The Corazón volcano receives its name because of its shape since it looks like a heart. The ascent of this volcano is relatively easy and is ideal for the process of accli­ma­tiz­ation. On a clear day, you have an impressive view of the other peaks in the area, such as the Illinizas, Cotopaxi, Rumiñahui, and Pasochoa volcanoes. Once reached the top of the Corazón volcano you will descend and return to the hotel.

Start the day with breakfast at the hotel. So far you have walked the “easy“ volcanoes, but on this day the adventure will take you to the ascent of the Illiniza Norte volcano, it has an average degree of diffi­culty due to two main factors. First, the terrain in a part of the journey is very sandy and makes the walk a bit difficult. Second, the lack of oxygen when reaching the summit may be demanding, but it is a good accli­ma­tiz­ation training for the ascent of the famous Cotopaxi volcano which is the next and ultimate goal. The ascent lasts appro­xi­mately 6 hours and leads to an altitude of 5,126 m. Once reached the summit, you will descent and go to the hotel.

This day has as objective, that you recover from the physical effort of having climbed 3 volcanoes, so you can rest and recharge your batteries, for the ascension of one of the highest and most famous volcanoes in Ecuador, the Cotopaxi volcano.

After breakfast, the car will be waiting for you in the hotel to go for your next adventure, which is to reach the summit of the Cotopaxi volcano. We drive to the Cotopaxi National Park. The track leads to the car park at about 4,500 m. Then walk to the José Ribas refuge (4,800 m). After a forti­fying dinner, you will go to bed early at 6:30 p.m., as you will start your ascent to the top early at 11 p.m.

After a good breakfast, the challenge begins, you will start to ascent the fasci­nating summit of Cotopaxi. After appro­xi­mately 1.5 hours you will reach the glacier entrance (appro­xi­mately 5,100 m). At this point, you have to put on your crampons. The route to the summit is not too difficult, but the route through the glacier changes from one year to the next. The most outstanding challenge of climbing the Cotopaxi volcano is to lead with the lack of oxygen. The reward for the sweat of the ascent efforts is the magni­ficent panorama of the summit and the impressive view of the 300-meter-deep crater. The descent back to the refuge lasts appro­xi­mately 4 hours on the same route. Once at the refuge you will take a short break, and continue to the parking lot, where the driver is already waiting for you to return to the hotel.

After breakfast, you will start the trip to Baños, a colorful town at 1,820 m. This day is free, so you can rest and recharge your batteries for the ascent to the next volcano, which is the largest volcano in Ecuador, the Chimborazo volcano. Baños is a town that offers many adventure activities, but also natural hot springs, where you can relax your muscles and rest better.

After breakfast, the car will be waiting for you in the hotel to go for your next adventure. First, we go to the Hermanos Carell refuge/​shelter, which is located at 4,850 m. Once at the shelter, you will have free time, and you can walk a little for the surroun­dings of the shelter or reserve your energy for the climb to the Chimborazo´s summit. Them, after a forti­fying dinner, you will go to sleep at 18:30 in the afternoon. Finally, you will start climbing to the summit of the Chimborazo volcano at 10:00 at night.

After breakfast, the challenge begins, you will start to ascent the highest peak in Ecuador. After about an hour we reach the ridge, which leads to the rock “El Castillo” (5,200 m). The ascent is approached through the longest but safest route. And after about 8 hours you will reach the highest point of Ecuador, the top of the Chimborazo volcano called Veinti­milla (6,267 m). If the weather condi­tions are good, the parti­ci­pants still have strength, and time is still enough, you can reach the main summit called Whymper (6.276 m), which is slightly higher. Once at the top of the volcano, and after enjoying the incredible view, you will begin the descent. Then, you will return to the hotel in Baños.

After breakfast, you will go to the Amazon of Ecuador to a small town called Misahualli. The town is appro­xi­mately 517 m high, it has a warm and pleasant climate. Next to the town is the Napo River, one of the largest rivers in Ecuador. You will sleep in a hotel in Misahualli.

After breakfast, you will embark on the next adventure, for which, you will go to Tena (35 minutes from Misahualli). Here the rafting team will be waiting for you to start the adventure. The rafting day lasts appro­xi­mately 6 hours. At the end of the afternoon you will have a short break and then start your trip to Quito.

This is the last day of your adventure in Ecuador. After breakfast, the car will be waiting for you in front of the hotel to take you to the inter­na­tional airport of Quito.

Recom­mended equipment (not included) for the Amazon Rainforest

The simplest form of hiking uses only wide and well-developed roads. Mainly on flat terrain and little inclined, without descents and exposed stairs. Usually well marked trails. No special equipment is required, it is recom­mended to wear comfor­table walking shoes. More comfort and less physical activity. Cultural walks with contact with people. No prior knowledge required.

Activities or hikes that are often demanding and / or extensive. Trails with consi­derable slopes, narrow, and not always well marked. For mountai­neering an accli­ma­tiz­ation process is required (heights more than 4.000 m). Safety when walking. Predis­po­sition for heights. It requires very good health and good physical condition. Adven­turous spirit.

In this category, mountai­neering begins on a high alpine landscape (heights more than 5,000 m). For mountai­neering, an accli­ma­tiz­ation process is required. Use of crampons, ice axes, harnesses, and helmets are required. It requires excellent general health and physical condition. A sporting spirit and predis­po­sition for demanding weather conditions.

Very serious mountain tours that demand a high level of risk-taking even for experi­enced mountai­neers. Routes over very steep, and very exposed rock. As a rule, these alpine excur­sions are unmarked. The knowledge of the use of the equipment is extremely important. Technical mountains are climbed on this type of tour.

Our active trips are generally not suitable for people with reduced mobility. Do not hesitate to contact us, we will be glad to advise you.

Ask for this offer or contact us for further details and queries. Of course, we can tailor your dream trip to your individual needs.

Please fill out the form, with your infor­mation, the planned travel date and the number of parti­ci­pants. Of course we also advise you by phone or directly by email at the following contact options: